Staying connected in this uncharted era of social distancing might be easier than ever before thanks to technology. However, as stay-at-home orders to prevent the spread of the coronavirus (Covid-19) are taking a mental toll on many, creative ways to fight isolation have emerged rapidly, including many artists in the world of music bringing fans together virtually via live streams, Q&As, listening parties, and more. While streaming is nothing new, a plethora of content has quickly emerged as lockdowns began as not only a way to keep the cabin fever at bay for fans, but creators themselves as well. DJ/producers such as Dave Dresden (Gabriel & Dresden), Kristina Sky, Chris Cox, Destructo, and more are turning anyone’s living room into a makeshift dancefloor to get you up and moving during these troubling times and provide a much-needed mental escape from the daily news.

“I used to have decks in my living room a long time ago and I’d constantly DJ, have friends over and a little dance party at my house, so I’m pretty well versed in DJing at my home for a few people and finding a vibe and I sort of tapped into that talent that I have,” Dresden says. “I just got into streaming honestly because I wanted to play music for people.” Jokingly calling himself a “Streaming Neanderthal,” Dresden spent days teaching himself the best way to share the audio from his mixer to computer to provide the best sound possible, then launching his first quarantine stream on Facebook Live. “Everything was going great, best numbers I’d ever seen for a live stream, but then like an hour in they just cut the stream because we had played three songs they detected to be copy-written material.” Ironically, the flagged songs were Gabriel & Dresden’s own tracks.

Other DJ/producers have experienced similar issues with their own music on Facebook, even before the onslaught of live streams. (We reached out to Facebook for comment and a rep replied: “As you know, music rights are complex, so there are some copyright restrictions that may impact DJ sets and their length in Live. However, especially during this time when the importance of tools like Live has never been more prevalent in helping people connect, we’re actively working on ways to improve the live experience.”) Thus Dresden explored the world of Twitch. And while Dresden is in the Bay Area and his co-DJ/producer Josh Gabriel is in Eastern Washington—hence why they can’t be in the booth together—Gabriel participates in the chat room and is planning additional content like telling the story behind songs and possibly even a live performance with vocalist Sub Teal who’s on lockdown with him as well. In the meantime, Dresden’s daughter has been stepping in as a sidekick, complete with loaning her dad a plethora of stuffed animals for an “audience.”

Many artists are now jumping over to Twitch as well. Already an extremely popular platform with gamers—and Deadmau5—to stream and chat with followers, the music world has quickly embraced Twitch as a perfect arena for live DJ sets. An added perk is fans can donate money as a thanks to their favorite streamers for their content—a particularly important benefit with all club events, festivals, etc. being cancelled and artist losing all revenue, especially those that are gig-to-gig.

“When the whole world collapsed—or basically the first weekend when everyone was going to be inside, Warren Peace, who has Direct Music Service, expressed interest in doing a multi-DJ set from home since everyone was at home and asked if I would DJ it so I was like, ‘Of course,’” says Chris Cox. “Then we both just kind of went, ‘Wait—how do you do a livestream?’ I was like, ‘I don’t know, let’s figure it out.’” Cox and Peace spent the next three days and nights learning everything they could to decide on what would provide the best auditory experience for fans. For example, they realized Zoom—while great for spoken word—was a horrible idea for music because of bandwidth compression and doesn’t provide a full frequency. After numerous tests, they, too, settled on Twitch. “I think it was almost the same day when I know Dave Dresden, we were talking about stuff, and he’s like, ‘I’m going on Twitch,’” Cox says.

“I went [on Twitch] just to do a test for nobody and I was maybe just going to DJ for half-an-hour, and then suddenly, some people started popping in the [chat]room,” Cox says. “Then I’m now recognizing names from the Thunderpuss message board years, so suddenly I look and on that first night, there’s somebody from Sydney, Australia, and somebody from Pennsylvania, somebody from New York, Florida, Canada, Mexico—I’m seeing all these people and then they all can see each other’s names pop up because a lot of people in my circle, fans of mine eventually become friends because I like meeting people, and all those friends will come to other cities and then they’ll meet other friends—which is pretty much how it is in the rave world and the trance world, you kind of build your extended family.”

One artist that definitely has a fanbase who became a second family is Kristina Sky thanks to her Group Hug community on Facebook. Unlike Dresden and Cox, Sky is a longtime streamer used to going live from her DJ booth at home for fans in-between gigs, or even online afterparties when a club she’s played at closes for the night. “I didn’t realize that I was one of the first to stream,” Sky says of when the lockdowns began. “For me it was natural, like ‘Oh, I guess it’s time for me to do live streams again’ because I just had every tour date canceled from now through July.” Reaching out to her fans through Facebook, her broad range of music styles allowed them to chime in as to what they’d be interested in hearing. “I could do anything from deep house to uplifting, so it happens a lot of people were requesting uplifting trance and I don’t always get to play that at my shows, so for me it’s fun to play music that’s not in every single set.”

A pro at Facebook Live, Sky’s stream organically reached tens of thousands of views. “What was also really cool is that people that missed [the live stream], because it was still [on Facebook], unlike unfortunately with Gabriel & Dresden getting taken down—which is crazy—for days after people are still tuning into the streams,” she says. However, Sky is also exploring the Twitch platform and was fast-tracked to become an affiliate—a great advantage for many artists thanks to the aforementioned ability for fans to donate and help out DJs such as herself that have never faced months without gigs or income. “I was just really blown away that in such an uncertain time that people were actually donating money to me when I know that all of them potentially were going to be having problems if they weren’t already with their jobs and income. It was really, really cool to see and definitely made me tear up,” Sky says.

Streaming sets isn’t just for the fans, but is helping artists stay positive, engaged, and connected to stave off side effects from isolation. “I miss the contact with my friends and performing live,” says Destructo, who’s preferred platforms are Twitch and Facebook. “I feed off other people’s energy and that is much harder to get via the interwebz, but I am making it work.” One trend that’s emerged during the lockdown is themed sets for fans, such as Destructo’s Easter Edition of his popular Sunday Sermon. “I had a lot of people tell me the most enjoyment they have had being on lockdown was during my Sermon a few weeks back, so I had to do it again.” As an event creator himself, too, there’s an additional layer of concern regarding the future of the industry and live events, though fortunately his popular FriendShip music cruise next January is far off enough to hopefully not be cancelled. “I am working on that right now,” he says. “My main goal is to make sure we can all gather again together when it is safe and I am so looking forward to that time.”

Other event creators have jumped onboard with streaming, too, from replaying sets recorded at past events to partnering with artists for new streams. The music industry on a whole has quickly adapted to keeping connected with their fans. For example, clubs like Avalon in Hollywood and event producers such as Insomniac have reached out to Kristina Sky for potential live set partnerships. Gabriel & Dresden just launched a whole “Club Quarantine” series of streams and Facebook Group, with Dresden effortlessly spinning for more than 12 hours. You can even order your own Club Quarantine merch to rock at home to mix it up from those pajamas you’ve been wearing for a week straight.

Staying busy with streams, producing, and chatting online is helping both fans and the artists remain positive. And while DJs are used to feeding off the dancefloor energy to explore what tracks are creating the best vibe and working them into a frenzy, an unexpected replacement to that has emerged. “It’s crazy how connected I feel to the people just being in my living room and seeing the chat room,” says Dresden. “You can tell when a song is really great when the chat keeps moving really fast. It’s like, that’s my dancefloor dancing!” Cox agrees. “I had the rush that I get playing a really good gig because I had a connection. It’s like the chat becomes the dancefloor. You play a certain song and you suddenly see all this activity going!” Some fans in the chat even get in on role-playing just like they’re in a club. For example, Sky says her fans joke around in the comments like, “‘I can’t find my friends!’ Or ‘The bathroom line is soooo long!’”

Though we may not know how long various countries will need to practice social distancing or when things will be back to “normal” and we’ll be able to meet again on a physical dancefloor, may as well get gussied up for the next stream in your best club clothes or festival fashion for a little mood-booster. Or take advantage there’s no dress code and make every day a pajama party theme. And if you’re on lockdown with underage family members, now’s an opportunity to educate them on your favorite artists. But most of all, take to heart this great advice from Destructo: “Stay strong and know that this will pass. You can always reach out to me; I am here to help everyone get through this together.” The same goes for us at EDMLife, Gabriel & Dresden, Kristina Sky, Chris Cox, and the electronic music community on a whole. Sending everyone PLUR vibes and look forward to hopefully reuniting with you all IRL soon!

If you or someone you care about are feeling overwhelmed with emotions like sadness, depression, or anxiety, or feel like you want to harm yourself or others: 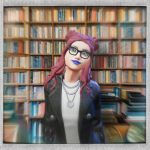 Deanna Rilling is a veteran journalist based in Las Vegas, NV. She has been involved in the music scene for over 20 years and turned that love of music into a full-time career in 2007.