The French trio of Shonky, Dyed Soundorom, and Dan Ghenacia aka Apollonia will release their debut artist album ‘Tour à Tour’ on Monday. The album took six months to create in a studio in Berlin in early 2014 and was mixed by Alexkid and Philippe Zdar.

“‘Tour à Tour’ (meaning to take turns, or ‘alternate’) represents the idea of a continuous motion of music between us; a never-ending circle that flows and becomes hypnotic…  Our album represents the way we approach our DJ performance – there is a unity between us and we work like one artist; the music we play holds no boundaries of time, respecting music old and new. ‘Tour à Tour’ is an album that flows with rhythms and grooves, from the deep and early moments, to the peak time and after moments, it is made firstly for the dancefloor, but also for your pleasure of home listening.” – Apollonia

Apollonia originally met in the late 90s in the after party scene in Paris where Ghenacia had a residency at the underground after hours club ‘Batofar’. The three decided to collaborate and form the DJ outfit and label Apollonia in 2012 after more than a decade of friendship. They describe their collaboration as a meeting of “black music and white soul’.


Previous Danny Tenaglia's 'Boo Yourself' at Output this Halloween

Marco Carola to play 12 hour set at Music On closing party in Ibiza this Saturday!

MTV airs a look back at 10 years of Hard Fest 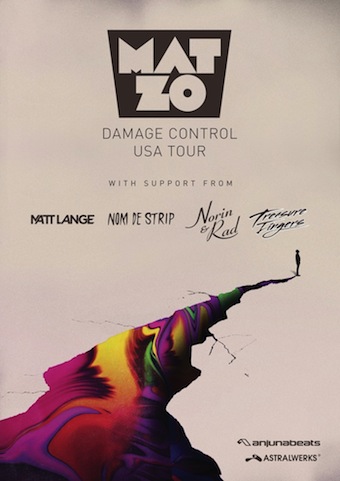