The Do LaB, the artists behind Lightning in a Bottle, have announced the lineup for their stage at Coachella. Coachella Music and Arts Festival will take place over two weekends in April: the 15-17th and the 22-24th.

The Do LaB stage is known for bringing iconic acts such as The Glitch Mob, as well as new up and coming artists. In addition to Glitch Mob festival attendees can also expect to see Skream, a DJ set by Totally Enormous Extinct Dinosaurs, as well as SIDEPIECE.

In addition to the current lineup many surprise appearances are expected. In the past some of these surprise guests have included Bob Moses, Skrillex, Richie Hawtin, Major Lazer, Rufus Du Sol and more.

Their stage is expected to bring interactive environments that boast the brands priorities of human connection and art as a transformative experience. In addition to Coachella the Do Lab experience will be bringing back Lightning in a Bottle, their five day music festival with immersive art installations, yoga workshops, and more at a new lakeside location in Buena Vista Lake, California.

Next Kaskade and Deadmau5 (Kx5) to Headline LA Coliseum Show! 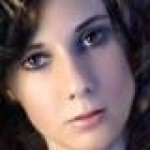