Currently on the heels of his US Ace Tour which stopped everywhere from San Francisco to Miami, Vanilla Ace is making waves across America as he blends his old school samples with his unique deep house and nu disco. Known by his real name Sam Young for years, he decided to take up the Vanilla Ace moniker once he started producing the more funky side of house music.

He’s currently celebrating the success of his most recent EP I’m Hot on the Belgium LouLou Records and his single “What You Need” on Anthony Attalla’s Incorrect Music. We spoke to Young after his set at Splash House in Palm Springs to find out why he made the switch and what we can expect from the rest of his tour. He plays  Bang Bang tonight in San Diego on Saturday and wraps up his US tour Sept 5th and 6th in Detroit and Albuquerque respectively.

EDM Life (Alejandra Loera) So how do your sets differ from a club to a pool party like this one?

Well this isn’t your normal pool party. I kind of figured that out when I came in. The guys before me were playing f*cking bass heavy stuff. I was like wow it doesn’t matter what time of day it is because this crowd wants to party. A lot of the time you play a pool and it’s a bit more chill. But naw they are raging as you would say. Most of my sets here I’ve been playing full throttle. A lot of the stuff I played today is more bass heavy like for a club.

Do you think the sound in the states is much different than in Europe, particularly in the UK?

They are very enthusiastic here it’s good. I like it. In England they want to hear more of the housey stuff. In America you can play more of the g-house and party music. It’s a bit different and more about having fun here. But it depends on the place. Denver last night was more underground and about house.

How did you first get into house music?

Born and bred in London it’s all around you from an early age. My brother used to bring home rave cassettes from the rat pack when I was in school. He kind of got me into drum & bass. We were also into R&B and hip hop. In England on the radio you would hear a rave record, then a hip hop record, then a punk record and so on. I must have been 19 or 18 in my friends car and hearing “Around the World” and being like “what the f*ck is that. That’s so f*cking cool.” From there I really got into it. I loved The Chemical Brothers and Prodigy. I grew up buying obscure records. You will find a lot of old school samples and breaks in my records.  I’m always using an obscure sample or an obscure R&B acapella vocal. It’s great people think it’s fresh and then they realize it’s from 10 years ago.

You sound like a true music lover. Who’s someone you would love to collaborate with now?

Destructo would be cool. I’m hoping to get in the studio with Gary soon. I remixed his “Party Up” record. I’m thinking in the next couple of weeks we’ll get together and try to do at least two tracks so we can have an EP.  Someone like Shiba San would also be cool. Anime Edge, Dusky and Huxley too. I love all these guys. My taste is quite varied so I’d be down to do anything. I also love Justin Jay from Dirtybird. I could lock you up a list of 20 people at least.

Is Vanilla Ace related to Vanilla Ice and why did you decide to change your DJ name?

Well it’s a take on the name. I’ve been DJing under my real name since I was 18. I had been making progressive and electro house as Sam Young, so when I started making deep house and nu disco I thought, “let me come up with a new name so no one will know it’s me and they won’t judge me.” For the first year and a half I kept it really hush hush. I seen a few of my friends have my stuff on their serato and USB’s. I would be behind them laughing like, “haha that’s me and they don’t know.” Then slowly people started to find out it. I just needed a clean slate to start something new. But I like all kinds of music. I even had a trap alias with a friend.

You played HARD Summer at the beginning of the month. How was that for you?

It was good. It was an hour and 15, but I was the second guy on in the green tent. So it was very early in the day. Destructo came by and got on the mic. It was so early and hot, but there was a decent number in there by the end. As a resident DJ in London, I’m used to playing four to five hour sets. So to play an hour or 45 minutes like today was like sh*t, I gotta play them bangers, bangers, bangers! I think when you got a short set you just gotta represent you.

Would you ever consider doing an event like Burning Man? They’re known for extended sets.

I would love to do Burning Man, but I think it’s too much of mission for me this year. My parents have been twice. They went last year and the year before. They told me they were going I was like, “get the f*ck out of here.” They aren’t going this year though. It got commercial in the last couple of years. I tell you when it gets commercial, when I see all these douche bags who I’m friends with on Facebook say they’re going. That’s when I know sh*t gets commercial. I go, “oh gawd this f*cking asshole is going.”

Hahaha Well is there anything you would like see or do which you haven’t done here yet?

I’ve done lots of hiking, but I still need to see the Hollywood sign. I haven’t been up there. I would also love to go to Disneyland. Last time I went, I was five. I want to do it! Maybe hit on Minnie Mouse.

Check out some of Vanilla Ace’s new tracks below (the I’m Hot EP and ZHU – Faded (Vanilla Ace and Dharkfunkx Remix). 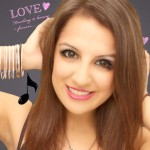 Kygo Releases Only Official Remix of “Starboy” by Daft Punk & The Weeknd!