We speak to New York DJ, Chachi about his crazy start to the year, the success of Heart is A Warrior, his hugely popular podcasts and his decision to take it a little harder with his latest track, RAZE

Hello Chachi, thank you for talking to EDM Life. How has your year been so far?

This year has so far been incredible with no signs of slowing down.

You’re by no means a new DJ to the scene. Can you tell our readers a little bit of your history as a DJ and Producer?

I got into DJing at a very young age and began playing parties and clubs while still in high school.  By the time I hit my 20’s I was playing regularly in NYC’s most exclusive bottle service clubs and began to tour the country.  Now fast forward to the last few years I’ve been focusing my craft more towards not only playing EDM in my sets but producing it as well.

You’re from New York. How have you seen the scene change there in recent years?

I’d say the one thing I’ve noticed far more often nowadays are the theatrics.   Clubs started with sparklers and now it’s everything from Chinese New Year Dragon Bottle Parades to dancers in furry monkey costumes.  The lighting systems have gone from disco balls to giant LED screens , CO2 cannons and showers of confetti.  On a sidenote I remember people used to drink champagne not receive facials full of it ( Love you Kirill).

Your podcasts have become quite the post (and after) party soundtrack among our readers. Did you expect such a response when you began making them?

I started the podcast to keep my listeners on the cutting edge of new music almost as updated as we the DJ’s are.  Now, with so much new music coming out literally everyday, not to mention how loyal fans have been, it’s almost as if I should make a new podcast every week.  I never thought I would do the number of plays and downloads I do now. It seems to grow everyday.

Your last track, Heart Is A Warrior, has just landed the Number One Spot on Billboard’s Break Out Track Chart beating Pharrell’s Happy. That’s a pretty big achievement. How did it feel when you found out?

It’s that feeling that words can’t really describe.  Working on a project for years to finally see all that work come to fruition is just incredible.

Heart Is A Warrior is a feel good, hands in the air vocal track that we just couldn’t stop singing along to, whereas your latest track, RAZE, is a much harder, grittier track that shows your range as a producer. Why did you decided to go that direction? Do you prefer the harder edge music?

We decided to release an instrumental record after warrior to let it breath and do its thing.  I didn’t wanna bombard my fan base with another vocal record and have them forget about Warrior.  Plus , I really do have a soft spot for the hard stuff .

Do you prefer to be in the studio, or behind the decks?

Both are really so fulfilling.  In either location, I’m without a doubt living the dream but the DJ booth will forever be my happy place .

What can people expect when they come to see you DJ?

When people come to see me DJ they can expect energy from start to finish.  My sets are a rollercoater ride of genres and tempos , build ups and breakdowns.  I’m usually drenched by the end because I’m part of that party as well.

You recently signed to Tommy Boy Records. They come with a very long history in the dance music scene. Was coming on board with them an easy decision to make?

That was a serious no brainer.  Their history speaks for itself and for them to want me to be involved was an absolute honor.

What can we expect next from DJ Chachi?

And finally, what is your “don’t leave home without it” track? You know, the one that you drop for those special moments during your sets?

I have this one bootleg that combines Calling by Alesso & Sebastian Ingrosso and Phazing by Fedde Le Grand.  It’s been a staple in my sets for some time now.  An oldy but a goody

Next The EDM Life Exclusive interview with UMEK! 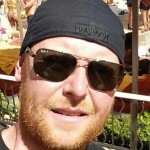