The event, to be held at a hotel in South Beach, features curated events and performances for the “King of Culture” from across the world. Influencers who will be in attendance are from a cross section of areas such as art, music, fashion and sports.

“Budweiser is on a mission to share the stories of top creators from around the world and we’ve challenged different Kings of Global culture to step up to conquer one of the greatest sporting events on Earth, the Super Bowl,” said Steve Arkley, Global Vice President of Marketing for Budweiser. “Through BUDX in Miami, we’re going to deliver a unique Super Bowl experience for culture creators and celebrities alike, claiming Budweiser’s crown as the top place to be during the Super Bowl LIV weekend.”

Pop-ups over the weekend include Gary Vaynerchuk’s ONE37pm x Dwyane Wade’s Masters of the Mic Karaoke – the first annual Masters of the Mic karaoke competition on Saturday, February 1, 2020. The competition will pit some of today’s biggest celebrities, athletes, and notable personalities against each other in an all-out karaoke battle complete with backup dancers and catwalk. A notable MC and celebrity panel of judges will crown one pair of competitors the Masters of the Mic. ONE37pm x Dwyane Wade are expecting 1000+ athletes, legends & industry insiders who are changing the game to be in attendance.

In addition there will be the Gillette Barbershop, an exclusive pop-up barbershop for the culture creators, influencers and VIP guests wanting to look sharp throughout the weekend. The Gillette Barbershop will feature a roster of celebrity barbers, including Rich Mendoza, Mark Marrero and Vince Garcia, who will offer an elevated grooming experience for BUDX guests using the latest innovations in shaving from Gillette, including the Gillette SkinGuard razor and Heated Razor by GilletteLabs.

Admission to the BUDX hotel events are invite only. For more information and to follow along during the events, fans can follow BUDX on Instagram and via the #BUDXMiami and #BeaKing hashtags.

Next Get Lost Miami Announces Dates and Theme

SLANDER’s Remix of Above & Beyond’s “Always” Out Now! 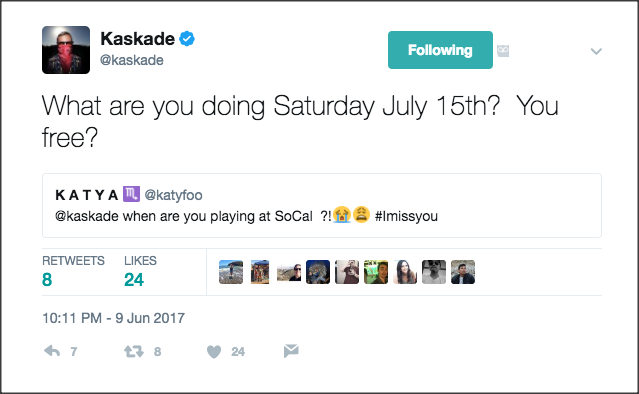